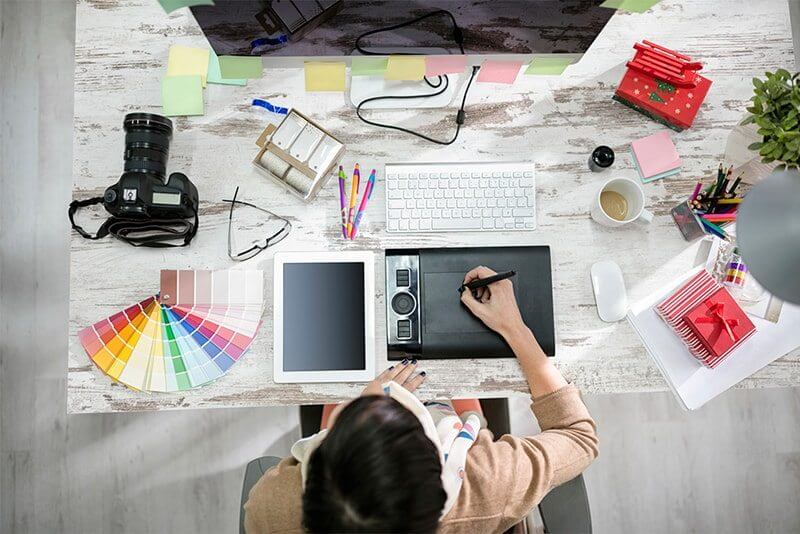 The following are the most Famous/Popular Web Development Technologies in 2018 that are being wide used for Front-End and Back-End Development.

HTML and CSS: HTML, CSS are the building blocks for web development. Their Frameworks like Bootstrap and Materialize are most widely used in web development. Twitter Bootstrap is popular for its Responsive design and Flexbox and CSS Grid System are also trending topics in CSS, and they are used without any framework to develop responsive websites.

Another trending development technology is Motion UI. It keeps simplicity to a site. Since a large number of web users, today got tired of GLFs and flashing advertisements. Web developers are using its animations that will allow adding styling and make your site unique among thousands of others with static UI

JavaScript and its Front-End Frameworks like Angular and React and Vue.js are currently most trending frameworks that need to be used in your project.

CSS Frameworks like SASS or LESS. SASS is preferable and widely used than LESS.

Server-Side Languages/Technologies: Node JS, Python and PHP are the more widely used languages for Web Development in 2018. The other languages used in web development are Ruby, C# & ASP.NET

HTTPS: Website security will remain a front burner.  Using Secure Socket Layer (SSL) and Hypertext Transfer Protocol Secure (HTTPS) protocols we can secure our data through Transfer Layer Secure (TLS) and we can have following benefits

HTTPS gives the upper hand in terms of security & Google SEO ranking when compared to HTTP. In the next coming years, HTTPS is going to dominate because Google prefers the websites which are more secure.

API: REST API, JavaScript Fetch API and Angular’s HTTP are the API’s that need to be learn