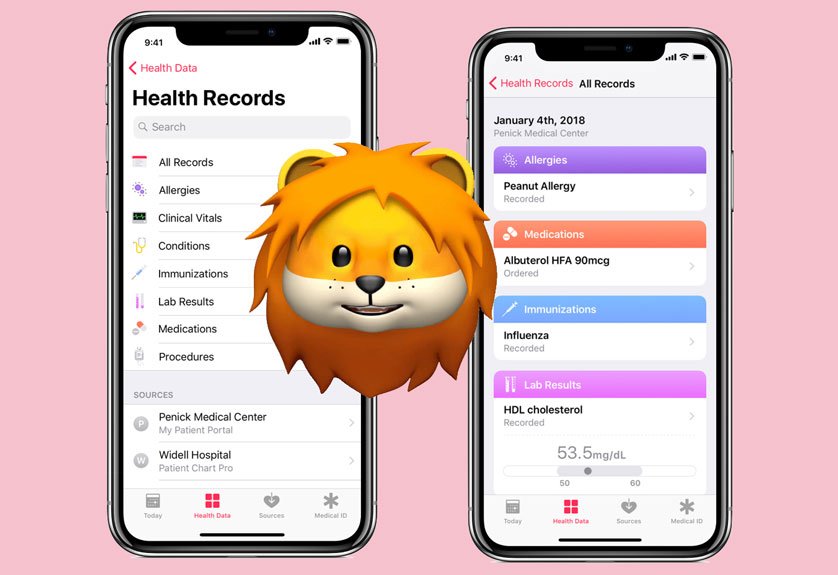 Apple’s last iOS version release 11.2 was robust but had issues like battery performance and has been plagued with bugs and vulnerabilities since its launch. Apple has said that it is focusing on stability in the next version of iOS.

Apple has fulfilled its promise of providing users with more information about the health of their battery. iOS 11.3 came with a cool feature that it stops your iPhone’s processing power being throttled, something that may have been happening if you have an older iPhone, in a bid to avoid unexpected shutdowns. Apple has now added the ability to turn off this feature.

It showing the more detailed battery statistics in Settings > Battery > Battery Health (Beta). You will also see if your battery needs replacing, if it does then you can use Apple’s battery replacement scheme to get it replaced for £25.

Apple introduced Animoji like emoji with animations. If you have an iPhone X you’ll be able to enjoy some new Animoji including a Lion and a Chinese Dragon, a bear and a skull.

ARKit 1.5 real-time video view is now higher resolution and it can use the cameras autofocus. It can also recognize flat pictures like signs, posters and artwork now and use them to trigger AR content.

In practical terms this should mean that museums will be able to offer interactive exhibits and movie posters could be bought to life. And you could see what a painting would look like hung on your wall.

When you search for a business in Safari, Siri, Maps or Spotlight you will able to see an indicator that lets you start a Messages chat. Not many businesses have signed up to date. If they have, you will see a Messages icon beside their name in the search results.

With iOS 11.3 update, Apple also introduced Safari 11.1 to its users. Safari gets a few new features, including security improvements, improvements to Reader mode, and better password autofill. Other than that, the payment requests will increase and it also has a new design with an update.

There is a new Privacy icon that you will see when Apple is requesting personal information. It looks like two people shaking hands. If you tap on the icon you will see more information. You will only see it when using Apple services.

You will also notice that Safari won’t autofill passwords until you have tapped the password field.

The new Health Records gives users a way to easily access their medical records. But don’t expect to get much use out of this feature in the UK. It’s only a few US medical centers that are onboard at the moment and we can’t see the NHS signing up.

iOS 11.3 fixes an issue where autocorrect could incorrectly capitalize the first letter of a corrected word.It also addresses a vulnerability where a person with physical access to the device could disable Find My iPhone without entering an iCloud password.

There is also a fix for an issue that could see an attacker intercept the contents of S/MIME-encrypted email. There are more fixes outlined by Apple here, addressed some newly emerged issues

It is likely that another bug will also be addressed. Although Apple hasn’t confirmed that it is aware of a bug where text messages would appear outside of a speech bubble, it has re-submitted a YouTube video that it had posted which actually demonstrated the issue. More information on this new text message bug below.