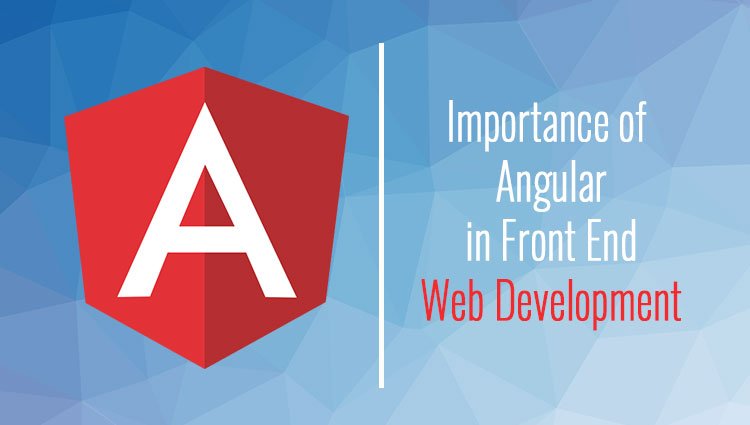 Angular is the most preferred framework for building reactive single page web applications and creative components of the website. As it is the most used Framework of JavaScript, it was designed as a full-featured framework to enhance simplicity and efficiency. Importance of Angular in Front End Web Development is given below

Developers find Angular very effective in terms of creating dynamic, single page application, and supporting MVC(Model-View-Controller) programming structure. At a present span of time, in the competitive business environment, Angular has emerged as the superhero due to its intuitiveness and rich features.

AngularJS provides some amazing capabilities out of the box, and can convert your non-trivial jQuery based apps into something more powerful and yet more simple to maintain. Some frameworks simply bundle together the existing tools which make app development very difficult. However, Angular was carefully engineered to ensure that every tool works optimally and delivers great results.

Why use Angular for Web Application Projects: